*Cherishing a heritage of Ludovít Štúr
„Let us be Slavonians and cherish the heritage of Ludovít Štúr, which is on poverty and submission, courage and also on the not stealing!“
It was Marian Tkáč, the chairman of Matica slovenská, who welcomed by these words the participants of today´s National celebration at the Devín castle. Also The Bystričan choir was present and performed within the cultural program together with the choir Laudate from Petržalka. All the participants also memorialized Ludovít Štúr by laying the wreath by his tablet.

*Setting a Maypole in Záhorská Bystrica
As every year, also this year, our choir could not be absent by setting a Maypole. The contemporary parade on horses accompanied by the folklorists singing the songs of the Záhorie region went through the village down to the Square, where the jamboree went up to late at night.

*Bystričan in Zagreb
July, 10 – we paid a visit to Matica Slovenská in Zagreb, being led by JUDr. Štefan Martinkovič. The meeting took place in the Czech house at Šubič street. The representative of the Slovak national minority and the chairman of Matica Slovenská in Zagreb Mr. Zlatko Jevák welcomed the guests cordially and presented them with the occassional presents. Also the mayor of Záhorská Bystrica Ing. Jozef Krúpa was present. We brought home made cookies, good wine, CDs with folkloric songs, various books for adults and children and various magazines determined for The National Slovak Library in Našice. Of course, we brought a good mood along and performed severall songs from the Záhorie region being conducted by Mr. Martinkovič playing the accordion. Mr. Ján Zaviačič, our Moravian friend, who was also presented with his wife, sang severall songs on wine.

*Bystričan in MarijaBistrica
July 10 – It was a lovely sunny Friday. Our collective, together with the collective of Matica Slovenská in Zagreb took a trip to MarijaBistrica, Croatia.
Neighbours to Neighbours
The worthy neighbour relationship have been built all over the generations. We appreciate being the witnesses of the fair coexistence with the neighbour community Marianka, evidence of which have been periodical meetings annually on Augusts.
Great Kermess in Záhorská Bystrica
The evening program started by the performance of Bystričan together with the Cymbalo Band Dudíci. One hour lasting cultural program was an evidence of the historical continuity maintaining, as well, as developing of the traditions. 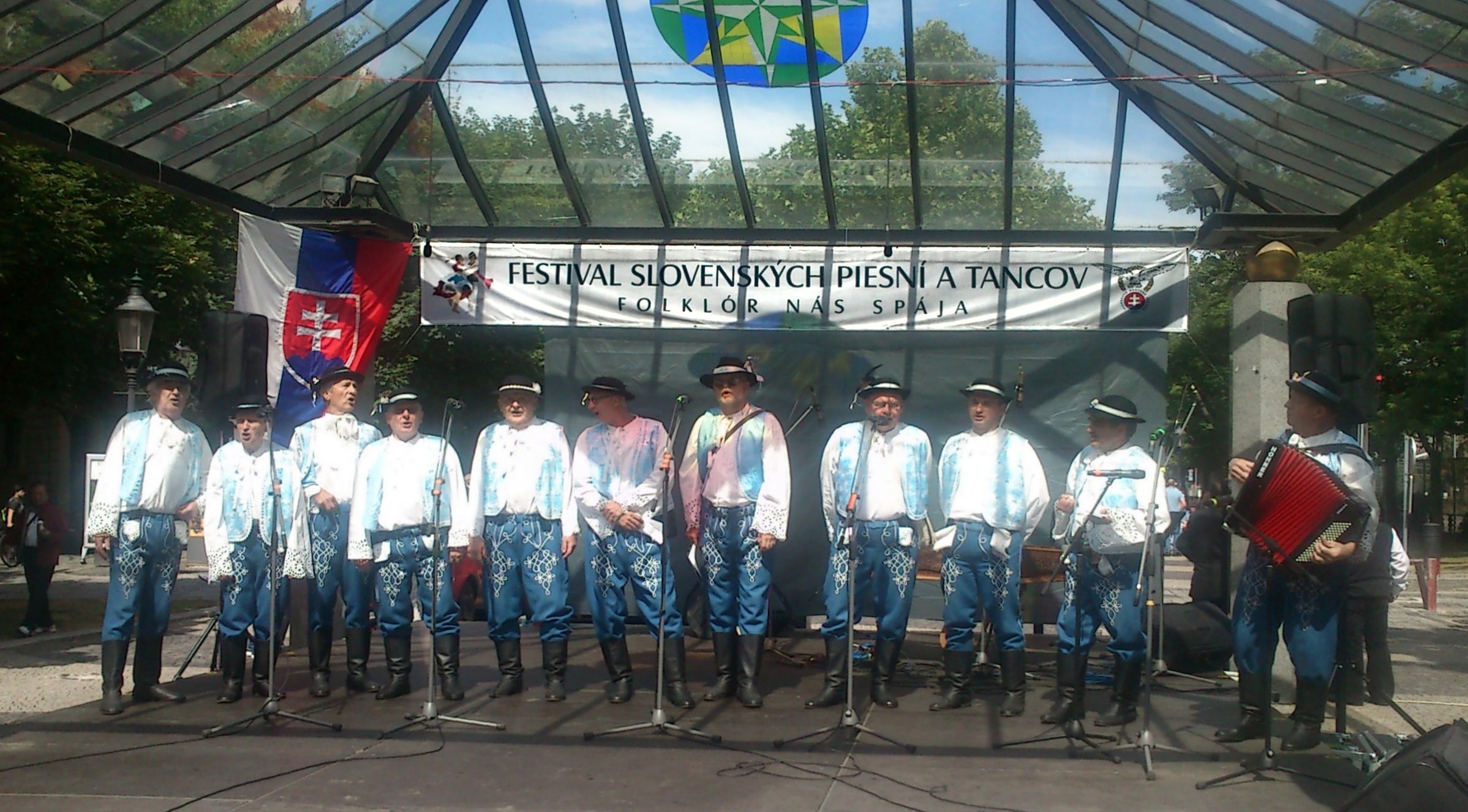 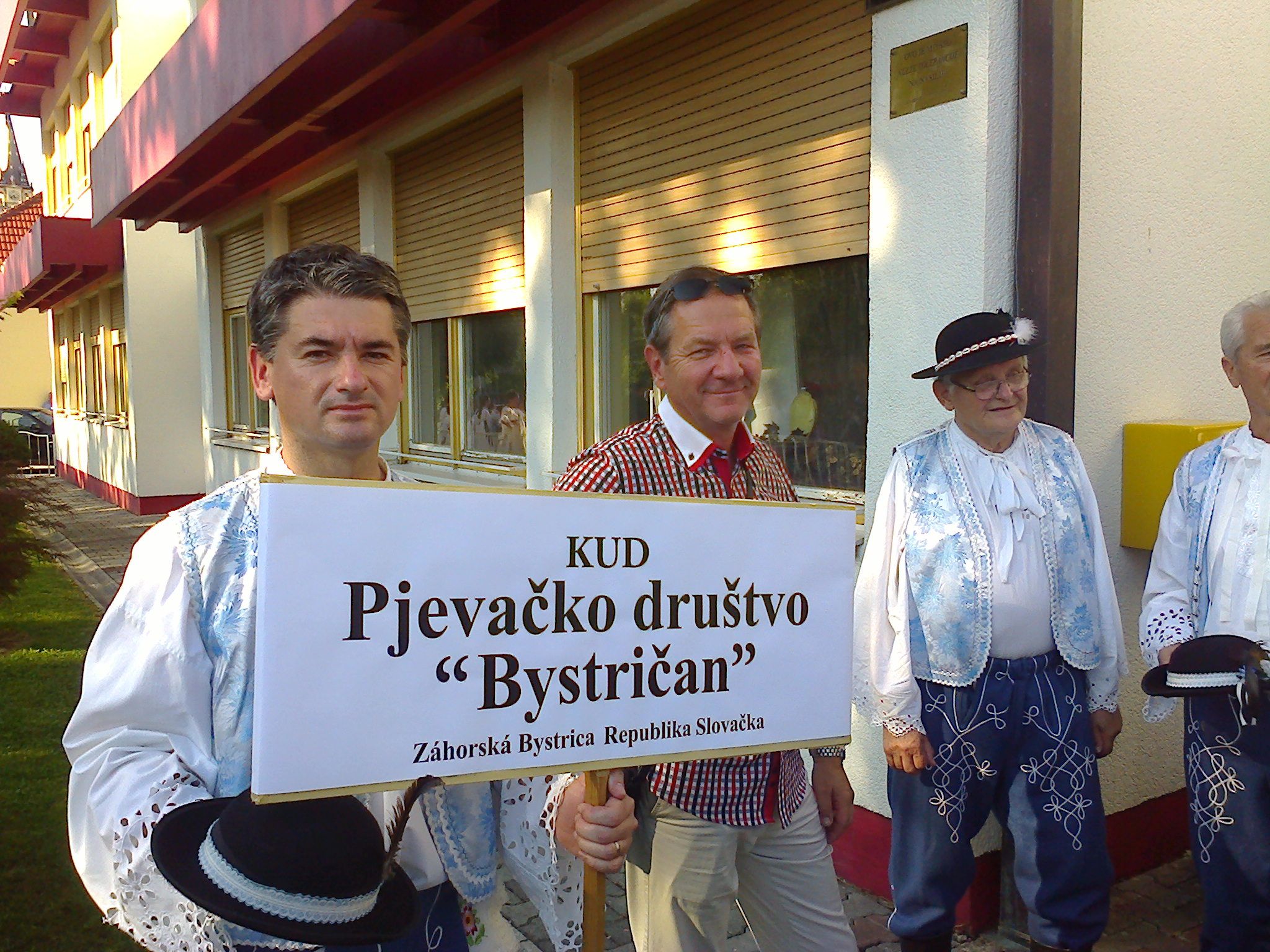 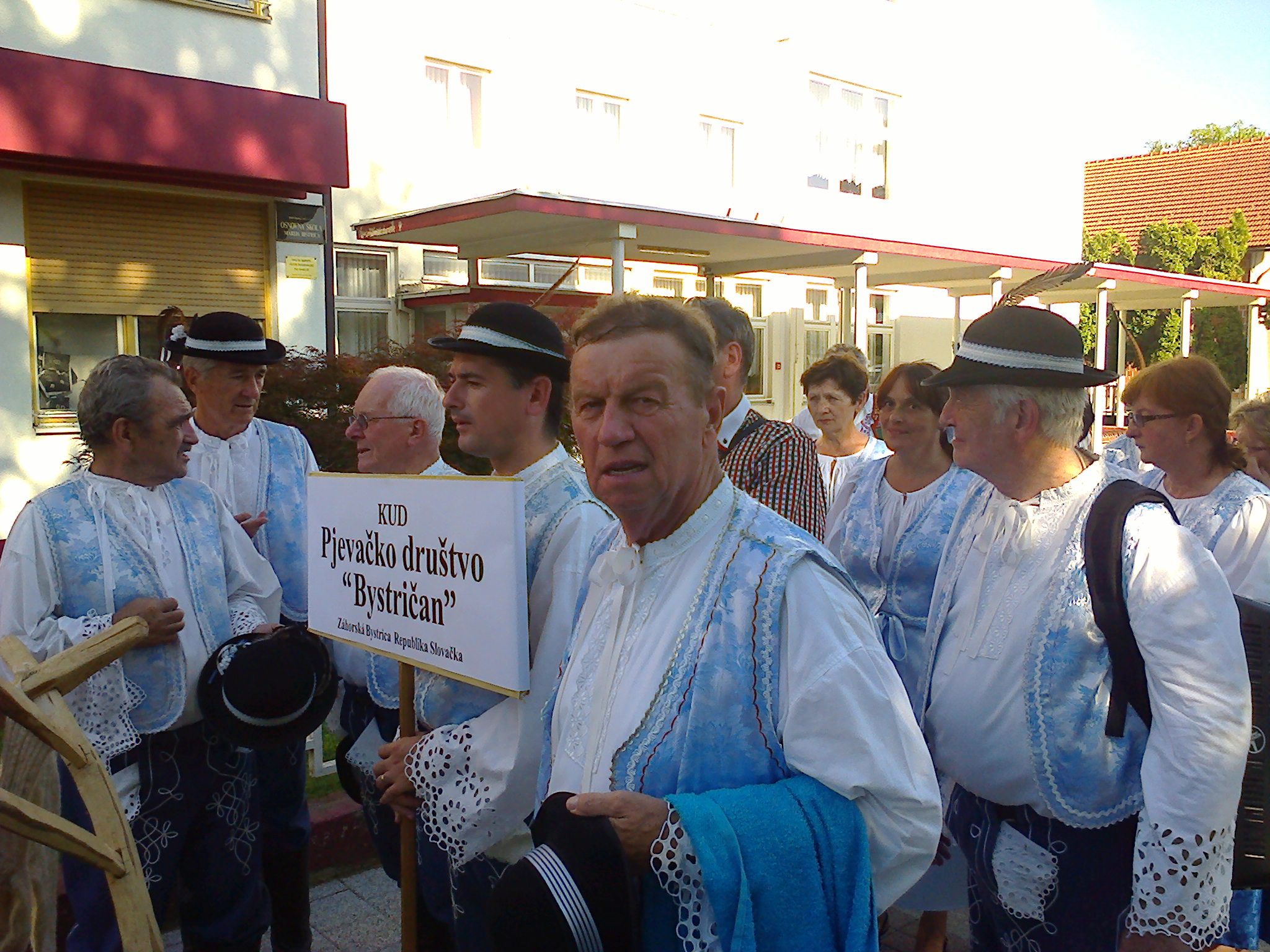 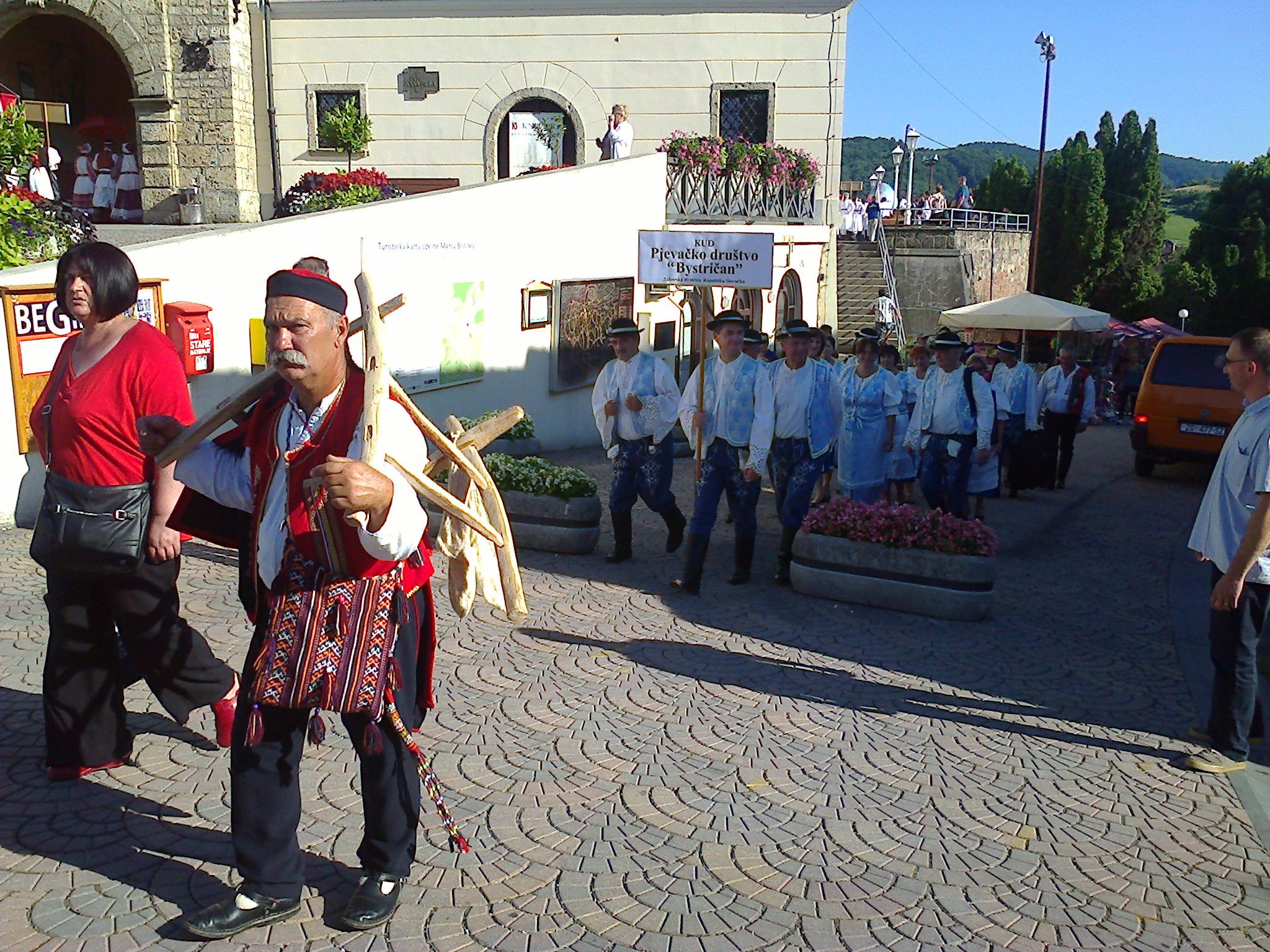 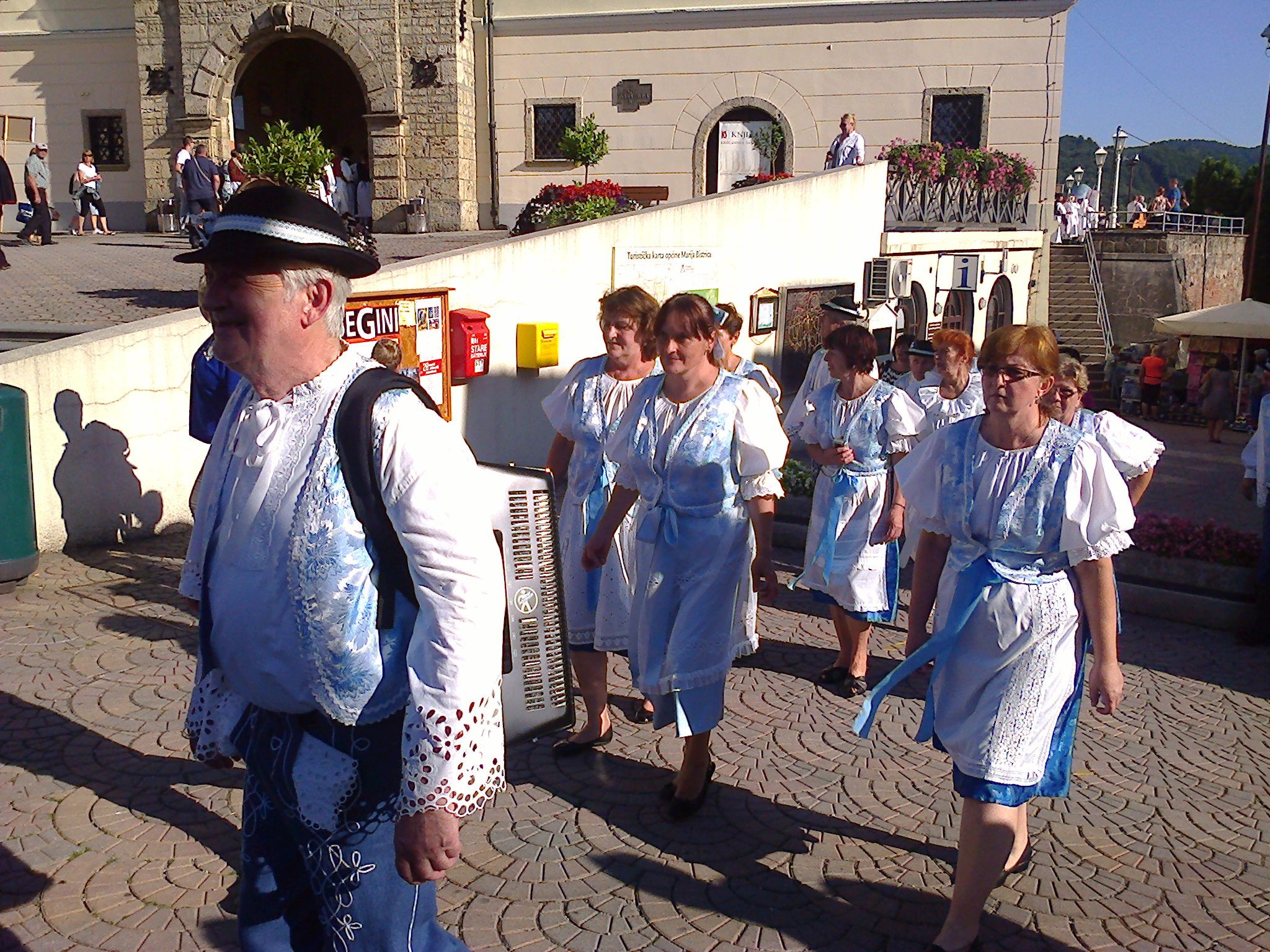